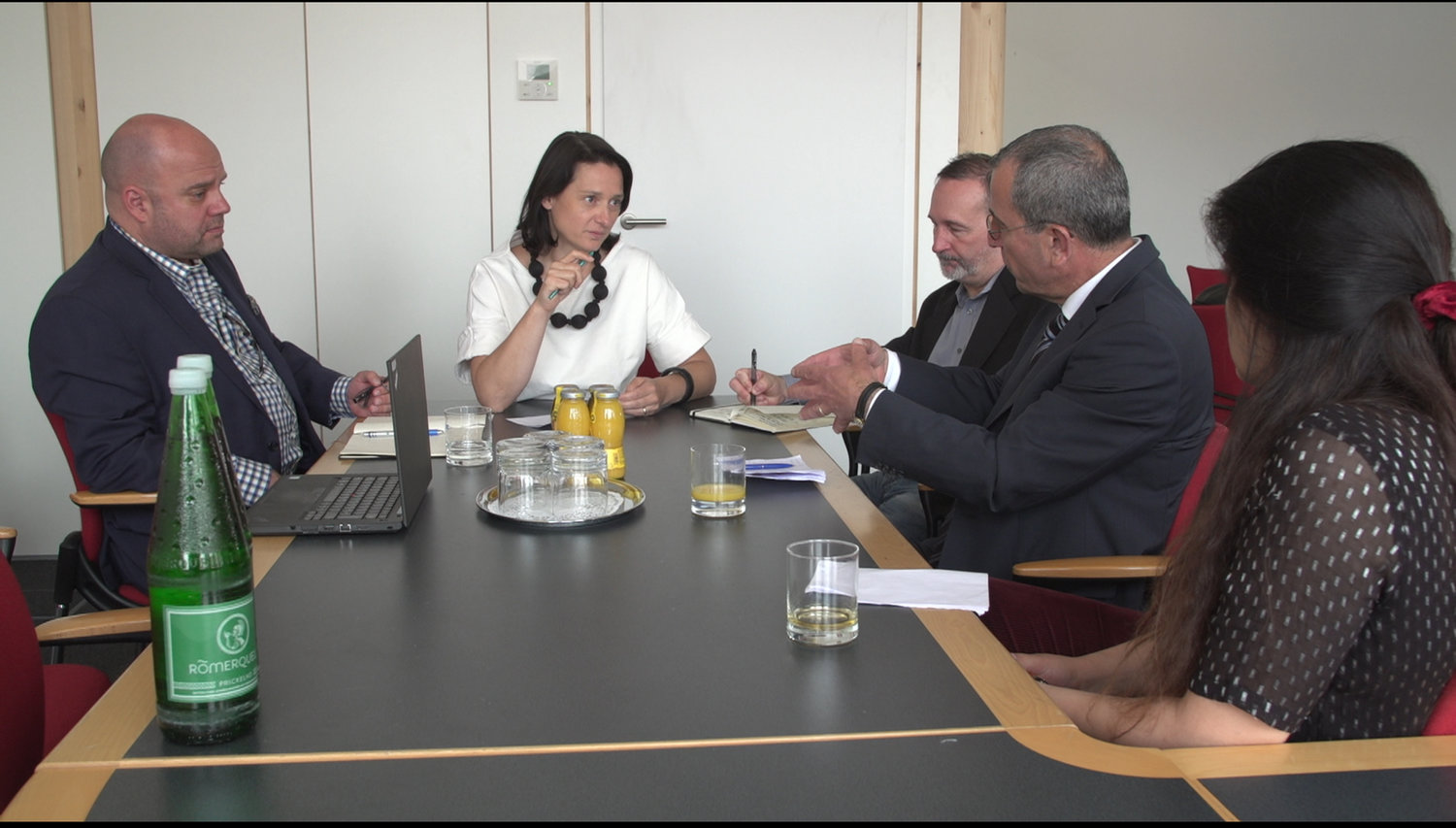 July 20, 2018, Update on the Situation of the Iranian Refugees in the Lautenberg Program

After almost two years of uncertainty and fear of deportation to a country openly hostile to them, 108 persecuted Christians, Zoroastrians, and Mandaeans stranded by the United States in Austria now see a ray of hope as some of them obtain asylum in Austria.

The group, collectively known in the U.S. as the “Lautenberg Christians” were seeking asylum in the United States under the Lautenberg-Specter Program which grants eligibility for refugee status to religious minorities from Iran.

Stranded in Austria and fearing deportation because of their expired visas and with most of their savings depleted, they were left without any hope for the future. Many of the refugees have been divided from their families who were allowed entry into the U.S. Due to the denials, two young women were separated from their fiancés and parents were cut off from their children.

Not knowing who to turn to some members of the group reached out to Cardinal Christoph Schönborn at the beginning of 2018. It was through his efforts that the Lautenberg Christians’ situation gained international attention.

At the same time, Austrian Member of Parliament Dr. Gudrun Kugler, 41, heard about the case. She invited the group to meet her in parliament to share their stories. They told her about their anxiety regarding their future, their suffering from inactivity, their lack of financial sources and their medical problems.

“With tears in their eyes, these people were telling me how much they wanted to start to work and live meaningful lives,” says Kugler. “One young woman told me that she had not been to a school in two years. She could not sleep, and she was self-medicating. This uncertainty was very difficult for them.”

Dr. Kugler, a mother of four, is the human rights spokesperson for the parliamentary group of the Austrian People’s Party (ÖVP), the party of the young Austrian Chancellor Sebastian Kurz.  For her, politics and helping individual people in need are not separate. She feels that both are about answering an apparent call and require people to give everything they can.

“We live in challenging times. Instead of denial in the comfort zone, we need to roll up our sleeves and do what we can,” says Kugler. “This is what we are called to as human beings living together on this planet, and especially also as Christians.”

Kugler’s office began working with attorney Manuel Baghdi director of the Austrian non-profit organization Bewegung Mitmensch to try and come up with immediate solutions for the Lautenberg group.

In April, the Nazarene Fund and White Mountain Research became involved and assisted Kugler and Baghdi with organizing the Lautenberg group and provided funding to stabilize the refugees.

“First, we had to get them on health insurance, with which we succeeded quickly. Then we took care of the hardest medical cases,” Kugler says. “Then we worked on getting everyone into German classes and job training to prepare them for whatever the future would hold.”

The Nazarene Fund provided emergency aid for medical and psychological care and legal services, so the refugees could plan their future. It also provided rent support for those refugees about to be evicted. “The Nazarene Fund became involved because we wanted to find a permanent immigration solution for them,” says Chief Operating Officer and retired U.S. Air Force officer Rudy Atallah. “If they returned to Iran, it is certain they would face continued persecution or worse.”

The organization also worked with members of the U.S. Government and NGOs in the United States to provide the refugees information on why they were denied entry to the U.S. after first being accepted.

“Sometimes assistance to the underprivileged, the hurt and the needy is very politicized, and we tend to focus on the people who have political agendas,” explains Atallah. “But we are trying to stay apolitical and reach out and help the voiceless out there like the Lautenberg Christians who have no means of survival to make a new life and a new future.”

Since April, thanks to the efforts of Kugler and Baghdi, the Austrian Government is offering them a chance to apply for asylum in Austria. All have applied and four have already been approved. At the same time a lawsuit filed in the United States on behalf of the refugees is requiring the U.S. Department of Homeland Security to provide an explanation of why the refugees were denied. The refugees have also been invited by the U.S. State Department to resubmit their requests for asylum.

The Nazarene Fund applauds Dr. Kugler and her team. “The Austrians could have easily taken the easy road by doing nothing for these poor people,” says Atallah.  “However, they took the moral high ground and went the extra mile to help these underprivileged persecuted people.  They all put their political views aside and stepped up. We have already seen success with four refugees who have now been given asylum in Austria and a new lease on life.”

The efforts of the Nazarene Fund and White Mountain Research did not go unappreciated by the Austrians either. “Whenever we did not find the help we needed in Austria, The Nazarene Fund contributed generously,” says Kugler.  “This helps keep those suffering innocent Iranian Christians going.”

For those Lautenberg Christians allowed to settle in Austria, they will need continued support as they integrate into Austrian society. For some, the hope is still to continue on to the United States and to be reunited with their relatives. That possible outcome is still uncertain, but they have support and know that they were not abandoned in their hour of need.

Background information on the Lautenberg-Specter Program:

Since the U.S. does not maintain diplomatic relations with the Iranian state, Austria has for the past 24 years acted as an intermediary granting the previously accepted refugees’ transit to Vienna where they could officially apply for asylum in the United States. Prior to arriving in Austria each asylum seeker had to be provisionally cleared by U.S. Department of Homeland Security, liquidate all of their possessions in Iran, and have a sponsor in the United States. For this group, a normally three-month temporary stay in Austria turned into two years and eventual denial into the country that promised them sanctuary.

The “Lautenberg Amendment” was enacted by the U.S. Congress in 1990 to resettle Jews from the former Soviet Union and was updated in 2003 to include persecuted religious minorities from other countries including Iran. Over 30,000 people escaped persecution and oppression thanks to this program until last February when this group, mostly Christians, was denied entry to the U.S. without further explanation.